AN ALTERNATIVE FOR A WORLD IN CRISIS: THE ROJAVA REVOLUTION, KURDISH FREEDOM MOVEMENT AND PROSPECTS FOR SOUTH AFRICA’S INCOMPLETE LIBERATION

Feb 29th: Public Seminar co-hosted with The Forge/New Frame – 11am to 1pm at The Forge 87 De Korte Street in Braamfontein

Notes on a novel coronavirus 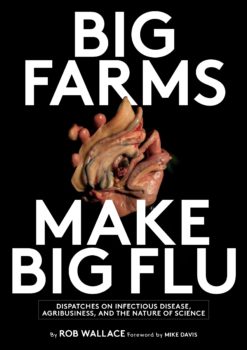 Chinese authorities have reported 5974 cases nationwide, 1000 of them severe. With infections in nearly every province, authorities warned 2019-nCoV appears to be spreading fast out of its epicenter.

The virus’s basic reproduction number, a measure of the number of new cases per infection given no cap on available susceptibles, is clocking in at a healthy 3.11. That means in the face of such momentum, a control campaign must stop up to 75% of new infections to reverse the outbreak.  The modeling team estimates there are presently over 21,000 cases, reported or not, in Wuhan alone.

Poetry from the Future

In Chiapas, the Zapatistas are expanding their system of autonomous self-governance into new villages for the first time in twenty-five years. Since 2012, the people of Rojava have reorganized their society around communes and cooperatives from the neighborhood level up, all the while facing extraordinary threats of extermination. Assembly democracy movements in Barcelona, A Caruña, Jackson, southeastern Turkey and elsewhere have swept into local office via popular municipalist platforms.

This past September, delegates from community organizations from around Mexico, the United States and Canada gathered in Detroit for the Congress of Municipal Movements to launch a North American confederation of radical democracy initiatives. Each of these initiatives and so many more are seeking to reshape the world from below.

At the same time, right-wing authoritarian leaders and the rise of fascist militancy are threatening democracy around the globe. The next financial crisis, this one possibly even more devastating than the last, may be just around the corner. And the global climate emergency, without a doubt the greatest challenge confronting humanity today, is actively undermining the liveability of our planet.

Read more: Poetry from the Future

Colombia on strike: “This government has to fall”

A specter is haunting Latin America — the specter of class struggle. From Haiti, Ecuador and Peru to Chile — until one month ago an oasis of neoliberal governance — people are taking to the streets in protest. Their anger is directed not only against their governments, but even more so against a system that causes unspeakable hardship for most while creating obscene profits for a few. People have had it with the rampant inequality and with barely being able to survive in countries that, according to all economic indicators, are seemingly doing fine.

Read more: Colombia on strike: “This government has to fall”