Right-Wing Rising: A Comprehensive Look at What’s Happening in Brazil 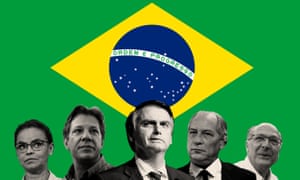 Latin America’s largest country finds itself in a complex political moment. Brazil is the 8th economy worldwide but has yet to realize its full potential as a world power. It is a country of many coexisting qualities that combine to make a vibrant whole.

Women and Ecology: a Marxist-feminist perspective

Women are the shock absorbers of the current ecological crisis in South Africa. That crisis is rooted in the expansionist logic of capitalism. While resistance to environmental injustice is increasing, this is fragmented and there seems to be no comprehensive vision of an alternative to the current neo-liberal capitalist order. That crisis (evident in toxic pollution, water shortages, drought, warming oceans, deforestation, soaring temperatures and land degradation) is deepening. Scientists claim that southern Africa will be the worst affected from climate change, but the post-apartheid state is committed to economic growth and is expanding coal production, the main driver of climate change. Women’s role in social reproduction means they deal most directly with the damaging effects of polluted air and water, crop failures and the more extreme weather events associated with climate change. This imposes an extra burden of unpaid work on women. In rural areas black working class women have to work harder to cultivate food crops on degraded land, and everywhere they have to stretch low wages and inadequate social grants further. It is women that have to care for the ill; illnesses caused by toxic pollution of air and water from the expansion of coal mining in South Africa.

South Africa is one of the most unequal countries in the world according to any measure and since apartheid. Ironically, this is a conclusion of the World Bank in its recent 2018 report. The Southern Africa Labour and Development Research Unit (SALDRU) have made these observations since 2014. Their research has shown that the top 10% gets two thirds of South Africa’s income. While, half of all South Africans are chronically poor, living in households with a per capita income of R1,149 or less per month. With South Africa’s drought, our first major climate shock, these inequalities have been made worse through high food prices, for instance. In addition, new climate inequalities have been created through the privatisation of water. The working class, unemployed and poor have borne the brunt of the drought. Alongside racialised and gendered super exploitation, high unemployment and increasing poverty, South Africa is a carbon intensive economy, based largely on coal. It is the 14th highest emitter of carbon emissions in the world, and despite energy inequality, has a per capita carbon footprint higher than China, India or Brazil. Carbon capitalism was the bedrock of apartheid and was part of ANC hegemony, and then dominance, in the post apartheid period. With the climate crisis, South Africa is a carbon criminal state, contributing to the greenhouse effect and the extinction of the human species and other life forms. It is an ‘eco-cidal' capitalism destroying the conditions that sustain life.

South Africa’s Polluting Giants – it's about profits and class

·When it comes to greenhouse gas emissions, South Africa falls within the 15 biggest polluters in the world

·As such, South Africa as a country is a major contributor to global warming – although it is not quite in the league of China, the USA and India

·Air pollution in some parts of South Africa, such as the Mpumalanga Highveld, is so bad that millions of people suffer from diseases caused by air pollution, including skin rashes, heart disease, asthma and lung cancer

·In fact, it is estimated that between 2 200 and 2 700 people in South Africa die prematurely every year as a result of being exposed to high levels of air pollution

·When pollution is looked at in conjunction with class, it becomes very clear who the major polluters in South Africa are; and it is not the working class