A spectre is haunting us: it’s the past weighing like a nightmare on the present 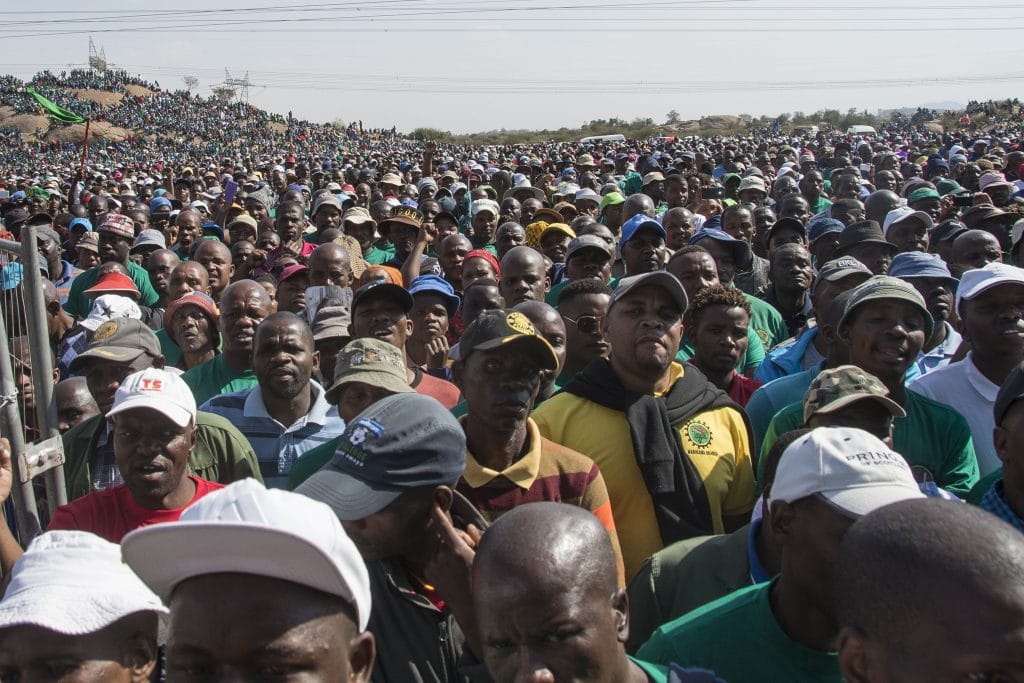 The context we now exist in is one that is defined by glaring contradictions everywhere, its fractured, changing, unstable and confrontational. It is a time of despair, but also pockets of hope.

On the one hand, a spectre is haunting us, but it is not the one that Marx spoke of. Rather an authoritarian and extreme right wing form of capitalism, last seen on extensive scale in the 1930s, is rearing its hideous ghost-like head.

This right wing extremism has become an ‘acceptable’ form of politics amongst some people in the context of the unresolved capitalist crisis. It is the ‘solution’ amongst sections of ruling classes in many countries to a crisis that is not going away. As part of this, many states are passing laws attacking basic rights that oppressed classes have won through decades and even centuries of struggle (including in South Africa); states are beginning to bare their teeth more often rather than being in a position to rule by consent; toxic nationalisms based on exclusionary racial, ethnic and religious identities (including within sections of the population in South Africa) have once again become acceptable and even embraced by sections of the population (giving rise to the likes of Trump, Le Pen and Duterte and xenophobia and other ills in South Africa); and bigotry and hate are back.

Read more: A spectre is haunting us: it’s the past weighing like a nightmare on the present

A Crisis for Who? Social Reproduction and the Social Relations of the Cape Town Water Crisis

After years of drought, water levels in reservoirs and dams supplying Cape Town reached critically low levels in late 2017 and the City warned it could run out of water, or reach “Day Zero”, in early 2018. More recently, the South African National Disaster Management Centre declared the crisis a ‘national state of disaster’. Initially set for mid-March of this year, dramatic reductions in water usage and measures to increase supply have pushed “Day Zero” predictions back such that, given adequate winter rainfall, the City now predicts it will avoid running out of water in 2018.

The dramatic reductions in water consumption, down to 500 million litres per day (MLD) in February 2018 from 900 MLD during February 2017, were achieved primarily through household conservation, pressure reduction, installation of water management devices (WMDs) and punitive tariffs. All households were instructed to reduce consumption to below 6000 litres per month or 50 litres per person per day based on a 4-person household. If usage exceeds 10 500 litres per month (87.5 litres per person per day) households face installation of a WMD to manage and cut-off the water flow. Moreover, escalating tariffs were introduced in January 2017 which ramp up after 6000 litres per month (indigent households still receive this for free provided they stay below the 10 500 litre limit) to which yet another dramatic increase of 26.9% (with the same increase for sanitation) was announced in March 2018.

Read more: A Crisis for Who? Social Reproduction and the Social Relations of the Cape Town Water Crisis

Revisiting 1936: The rise and fall of the Spanish Revolution

ism: the 1936 Spanish Revolution. People today seeking a democratic socialist and egalitarian society can draw lessons from both its successes and failures.

The Spanish Revolution occurred in the context of a civil war, but even so for a short period of time social relations changed – bosses were fired; workers practiced direct democracy in the fields and factories; greater gender equality was won; and socialism from below looked like a possibility.

But the Revolution never ran its full course. The situation in Spain during the Revolution and linked Civil War - was complicated. During the height of the Revolution workers in many parts of Spain, like Barcelona, controlled the factories in two thirds of the country – although the state continued to exist and one third of Spain was controlled by fascists. The main reason the Revolution stalled is that the state – controlled by the Stalinists and Socialist Party – was not overthrown by the working class.

Read more: Revisiting 1936: The rise and fall of the Spanish Revolution

Expropriating land without compensation: shack-dwellers have their say

Nowongile Swebe left her rural village in the Eastern Cape in 1989 to settle in Cape Town. She was hoping for better living conditions and more economic opportunities.

She settled at what was then the Frankdale informal settlement on the periphery of the Visserhok landfill site, about 20km north of the city centre.

In June 2015 the City of Cape Town needed to expand the landfill site. The residents of Frankdale, including Swebe, were moved to Wolwerivier, about 5km further north and further away from the city centre. Wolwerivier falls under ward 104 which includes Dunoon.

Here, Swebe lives with her five children and seven grandchildren in a one-room house, she says. She has used a cupboard to divide the room.

Back home, she says, her father owns a big piece of rural land, which he shares with his three wives and children.

Even though she was looking for improved living conditions, her dreams of achieving this faded over the years as she still lives in an overcrowded home.

Swebe and other people shared their stories with several community leaders from Dunoon, Doornbach informal settlement and Wolwerivier on Saturday. They had gathered at the Dunoon Nasqshbandi Muhammadi Mosque where the Claremont Main Road Mosque was holding workshop on land expropriation without compensation, in conjunction with the Institute for Healing of Memories. The workshop follows a spate of land occupations in the area.

Read more: Expropriating land without compensation: shack-dwellers have their say

Around the world the ruling class (capitalists, politicians and state managers) is trying to restore its profits by making the working class pay for the economic crisis. One way capitalists do this is by retrenching workers and making the remaining workers work harder to meet production targets, as well as by attacking wages, working conditions and benefits. States help capitalists do this, among other things, by increasing interest rates while giving corporations tax cuts, commercialising and privatising state owned enterprises and outsourcing the provision of basic services. States also help capitalists by undermining workers’ rights, such as the right to strike, in order to make it more difficult for workers to resist these attacks.

Unions have failed to defend workers from the immediate threat of these attacks (by preventing dismissals and defending jobs, wages and conditions), as well as to mount an effective resistance that can prevent further attacks and begin to roll back the devastating effects of neoliberalism. Moreover, union bureaucrats are often complicit in these attacks through deals they make with governments and bosses. A recent example in South Africa is the National Minimum Wage and amendments to the Basic Conditions of Employment Act and Labour Relations Amendment Bill – all of which represent an attack on workers yet were agreed to at Nedlac by the leaders of the three main federations: Nactu, Fedusa and Cosatu.