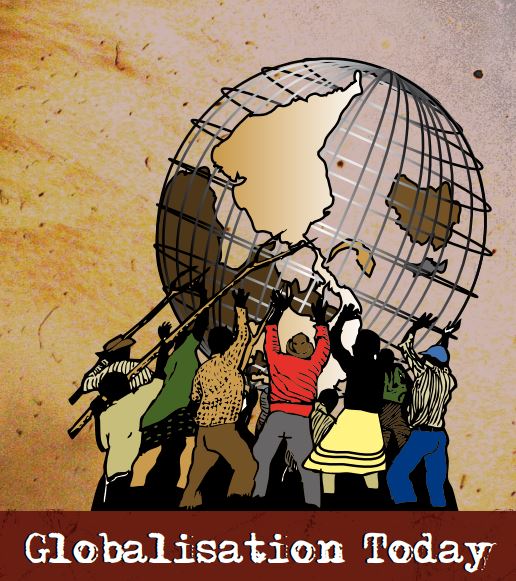 This booklet is for activists- those of us who are struggling in our communities, homes and workplaces, in campaigns and in programmes of social justice. Those of us concerned with the future of the planet and relations between men and women. It is also a booklet for anyone interested in the world around us and questioning why wealth and power are so unevenly distributed.

It is not about economics and it does not assume that we need to know anything about what academics and other “experts” call “economics”. In fact all the economists and academics, all the rating agencies and the auditing firms who are quoted so extensively at the universities and in the financial media as experts, have mostly been wrong about the current system. They are also wrong in responding to what they now call “a recession” by calling on us once again to be reasonable, to temper our demands, to make sacrifices and to trust them once again to be the experts who can get us out of the mess – the mess they got us into in the first place. The booklet assumes only that you regard the economic system as produced by human beings, as a result of choices made by governments and people who have wealth and power…and that other choices are possible.

This booklet tries to help us understand the system of world capitalism and, particularly, why this system is now threatening our very existence. Nearly 20 years ago, when South Africans began to look forward to freedom from apartheid, ILRIG began programmes on globalisation because then academics and experts and employers told activists to be more realistic in our demands for a better society, and used the notion of “globalisation” as a stick to discipline us and lower our expectations for the new South Africa. ILRIG produced a series of booklets called An Alternative View of Globalisation to unmask the political agenda behind this celebration of the term globalisation.

With the current crisis in the world we are now launching a new series: Alternatives to Globalisation because the idea that there is an alternative to capitalism is an idea whose time has come.