Self-organising is Breathing Life into Workers’ Struggles in South Africa 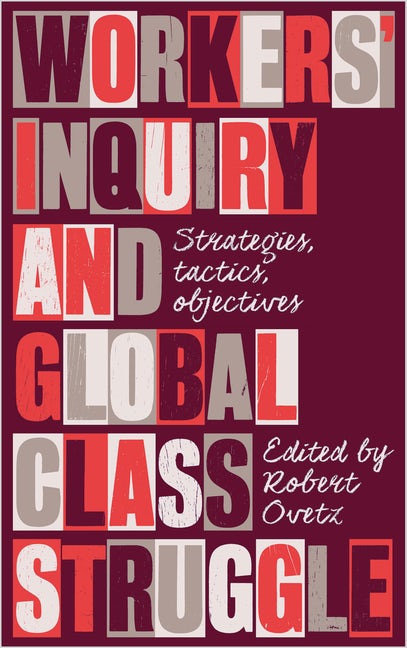 Over the last decade, workers in a number of sectors have undertaken radical actions in South Africa to try and win gains at the point of production. They have used innovative tactics in the context of post-apartheid South Africa which have involved going outside the labor relations framework and embarking on wildcat strikes and, at times, sit-ins. In the vast majority of these circumstances, such actions were organized outside and even against trade unions by the workers themselves through mass meetings, worker committees, and worker forums/councils.

This chapter traces the history of some of these struggles with a specific focus on the worker committees that arose in the platinum belt in South Africa during the 2009 to 2013 period and more recently with the experiments of the Simunye Workers’ Forum (SWF)—which is supported by the Casual Workers’ Advice Office (CWAO)—in the industrial areas east of Johannesburg. In doing this, the chapter begins by outlining the context in which these initiatives and actions have arisen focusing on the political decline of trade unions, why they have taken place outside of trade unions, and some of the challenges they have faced. Although some of these new forms of organizing and organization and innovative actions are on the decline, since 2015 the SWF/CWAO have been using workers’ forums in attempts to build and sustain new forms of organising.

In order to trace the above developments, the chapter examines how the composition of the working class was structured during the heyday of trade unionism in the country in the late 1970s, how it was decomposed by neoliberalism, and the implications this has had for organizing. Indeed, capital in South Africa under neoliberalism introduced new technologies (including automation) and moved towards reducing the size of the permanent workforce through retrenchments and embarking on the use of contract, and casual and labor broker workers. It thus deconstructed and fragmented the working class, and trade unions in South Africa have been unable to effectively respond to this. In South Africa, this decomposed working class, which is now composed of a greater number of precarious, contract, casual, and labor broker workers has begun to self-organize to address the challenges it faces and rebuild its power. This chapter traces the story of this from the perspective of the working class.