Trump, the 2020 elections and US democracy: The more things change, the more they stay the same 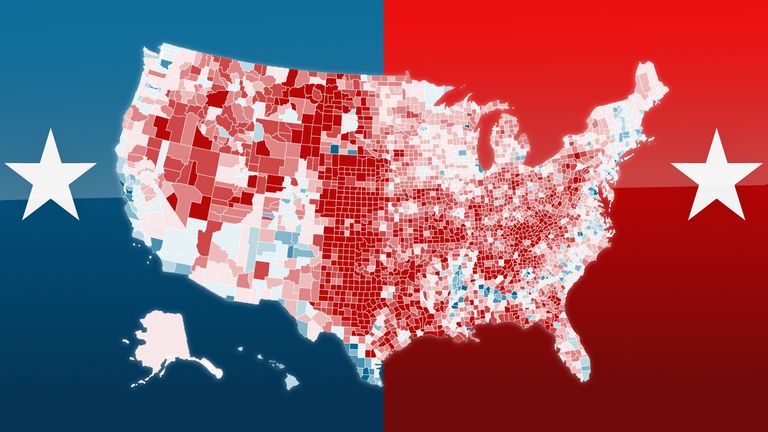 The reality is that regardless of whether Donald Trump or Joe Biden gets into the White House, and whatever the results of the Senate and House elections, US corporate capital and the ultrawealthy will continue to rule the economic and developmental roost.

No matter the final outcome of a highly unpredictable presidential election in the US – leaving aside the simultaneous elections for the House of Representatives and Senate – there are certain factors about the process and context that are patently predictable.

First, Donald Trump is once again making false claims that the “other side” (i.e. anyone who does not support/agree with him) is committing electoral fraud and trying to steal the election.

He has gone further by making the absurd “demand” that the counting of votes must stop (which would ironically mean victory for Joe Biden). America’s little “Il Duce” and his Republican Party have begun filing legal challenges and have indicated they will go to the Supreme Court (which of course they have now stacked with a friendly majority).

Second, due to the continuation of the implicitly undemocratic electoral college system, the election is yet again coming down to a handful of “swing states” (in this case, Arizona, Nevada, Pennsylvania and Georgia).

This is despite the fact that Biden is already a clear victor in respect of the overall popular vote – by almost 4 million out of more than 140 million votes cast by the latest count.

Third, the electoral numbers reaffirm the now almost century-long dominance of a two-party system; the US’s electoral choices at the national level remain razor thin. And, even though tens of millions of eligible voters did not participate and there has been some crossover voting, this election reaffirms that the US is a nation seriously divided along racial, class, gender and sociocultural lines.

Fourth, the response so far of US and other “markets”, which have seen modest surges in futures and stocks/share prices, yet again reveals that US/multinational corporate capital will always desire predictability above all else, as long as it remains within systemic (capitalist) ideological boundaries.

What is more foundational though, is that these predictabilities represent much deeper structural realities that underlie not only the present elections, but the entire democratic edifice in the US.

What Trump and the 2020 elections (which have really been going on for the past two years at least) have done is to bring those realities even more clearly and prominently to the surface, where (most of) the people in both the US and the world can now see them.

So, what are these realities?

That the US has always been, as the neo-conservative/religious right intellectual guru Paul Weyrich openly and approvingly argued in the 1980s, a country ruled and governed by a minority.

This is because the institutional foundations of the political system in the US – such as the electoral college and the Senate – are designed to ensure an over-representation of those from mostly rural, lightly populated, predominately white and conservative states.

As long as this remains the case, so too will elections functionally reflect this reality.

The unrelenting (and largely successful) efforts by the Republican Party and Trump to do everything possible to corral and suppress the right to vote for all, has further institutionalised and greatly strengthened an historicised hierarchy of citizenship.

When added to the similarly successful and unprecedented efforts to pack the judiciary with yes-men and women, the cumulative result will be a long-lasting reinforcement of the power of the (racial and class) minority.

Despite some of the more progressive demographic and social changes in the US, especially over the past two to three decades, a sizeable section of the population remains socially, culturally and politically conservative (including among African-American and Hispanic populations, as well as among more recent immigrant communities).

Combined with the US’s historic and dominant embracing of a populist and narrowly identitarian nationalism and imperialism (and Trump’s fuel-on-the-fire approach to both), this reality will remain crucial to the outcome of all electoral politics in the US and engagement with the rest of the world for some time to come.

Regardless of whether Trump or Biden gets into the White House – and whatever the results of the Senate and House elections – US corporate capital and the ultra-wealthy will continue to rule the economic and developmental roost.

What this will mean is greater inequality, continued destruction of the natural environment and a burgeoning of the ranks of vulnerable workers and the poor (particularly those of colour).

It is the unfortunate and magnified inheritance of our time that what happens in the domestic realm of the US reverberates across the globe, with both direct and indirect, short- and long-term, consequences.

As we watch what unfolds in this more immediate phase, we would be wise to pay close attention to the underlying structural realities that are now so clear to see – lest we too follow in the footsteps of associated predictability.