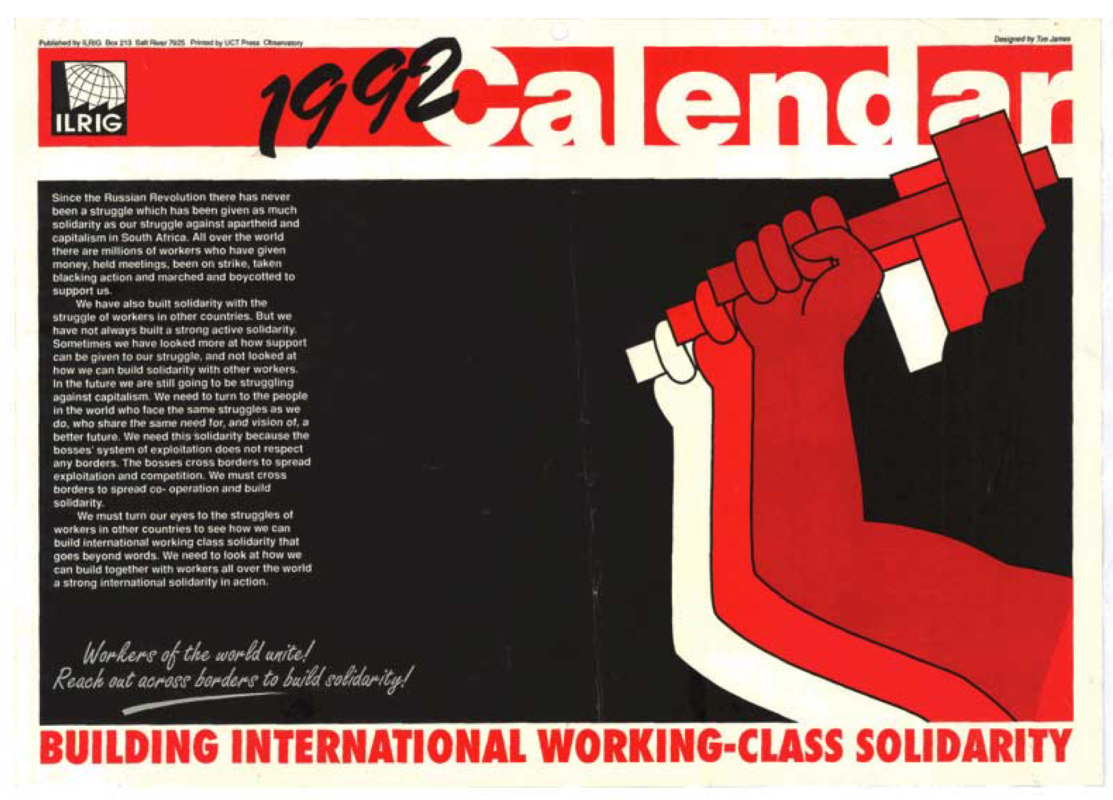 Since the Russian Revolution there has never been a struggle which has been given as much solidarity as our struggle against apartheid and capitalism in South Africa. All over the world there are millions of workers who have given money, held meetings, been on strike, taken blacking action and marched and boycotted to support us.

We have also built solidarity with the struggle of workers in other countries. But we have not always built a strong active solidarity. Sometimes we have looked more at how support can be given to our struggle, and not looked at how we can build solidarity with other workers. In the future we are still going to be struggling against capitalism. We need to turn to the people in the world who face the same need for, and vision of, a better future. We need this solidarity because the bosses’ system of exploitation does not respect any borders. The bosses cross borders to spread exploitation and competition. We must cross borders to spread cooperation and build solidarity.

Workers of the world unite! Reach out across borders to build solidarity!