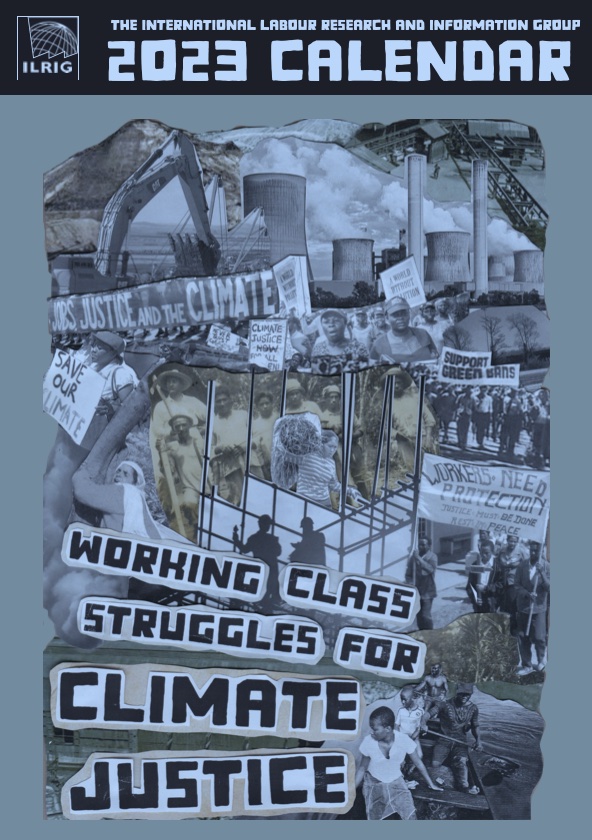 The Climate Crisis and Global inequality

The struggle for environmental justice can no longer be delayed. The world is experiencing climate catastrophe in the form of rising temperatures, natural disasters, food shortages, pollution, pandemics, displacement, and loss of species. This is the result of the destructive system of capitalism which exploits people and nature for profit. Until radical systemic change is fought for and won, the Earth’s existence remains under threat.

While climate change is a global issue, it is important to recognise that it has differing impacts around the world, and that all countries do not and cannot share equal responsibility for the energy transition. The poor and working classes of the Global South – especially marginalised groups such as women, peasants and indigenous people – are experiencing the worst impacts of the climate crisis despite having contributed very little to causing it. Developed countries in Europe and North America have benefitted from carbon fuel for centuries longer than more-recently developing nations, and have contributed over 50% of global carbon emissions since 1751, despite containing only 25% of the world’s population. These countries have enriched themselves through the labour and resources extracted from the Global South, and have more resources to protect themselves from climate breakdown.

As climate activists in the Global South continue to hold their own governments accountable, it is critical that developed countries are pressured to reduce excessive consumption and carbon emissions, and provide technology and financing to enable developing countries to move away from carbon-based energy. Critically, developed countries must be made to pay climate compensation and reparations for slavery and colonialism.

The most exploited and impacted communities must lead the way in defining environmental justice. This will require making links between organisations across issues and contexts, and recognising the urgency required to avoid climate breakdown. Global solidarity between working-class movements is needed to address the climate crisis and build alternatives to capitalism.

The artwork in this calendar were produced in collaboration with Danger Gevaar Ingozi (DGI) Studio, a multi-media print studio and gallery space based in Johannesburg. with special thanks to the artists who contributed to this publication: Sinalo Ngcaba, Minenkulu Ngoyi, Motlhoki Nono, and Nathaniel Sheppard.

Motlhoki Nono (b. 1998) is an artist from Mabopane, Pretoria. She graduated from the University of the Witwatersrand with an honours degree in Fine Arts, and has since been based in Johannesburg where she practices as a printmaker and video artist.”

Minenkulu Ngoyi b.1987 in Johannesburg, South Africa, graduated from Artist Proof Studio in 2011 and now practices printmaking at DGI studio at Arts on Main, Johannesburg. He has been involved in several group exhibitions both locally and internationally with museums, galleries and art fairs such as the Johannesburg Art Gallery, Wits Art Museum, Latitudes Art Fair Luigi Di Sarro to mention a few. In 2015 he was invited to be a seasonal lecturer at the University of Witwatersrand for the second year Fine Art division where he ran a printmaking, book-binding and publication making program alongside collective partner artist Issac Zavale who he co-founded Alphabet Zoo with – A Johannesburg based street-culture zine that invites collaboration with artists from across all disciplines.

Sinalo Ngcaba is a 27 year old visual artist from East London and Bizana, but now based in Johannesburg. She is self taught in technique and learnt about the industry when she was doing a year of design in advertising at Umuzi Academy. Sinalo is constantly updating her style and trying new things with different mediums such as oil pastels, ink, digital and paint. Through her art, she explores the intersections of black joy, black pop culture, womanhood and human rights issues in a contemporary world.

Supported by the Rosa Luxemburg Stiftung.