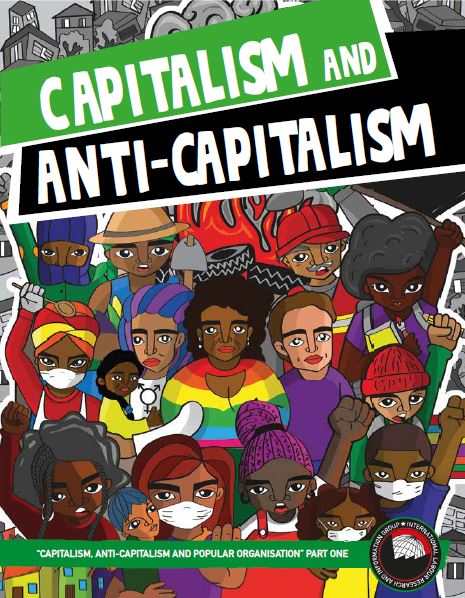 In South Africa over the last few years we have seen many struggles within workplaces and communities. A feature of these struggles, however, has been the difficulty in maintaining and building organisations that are long-lasting and that are also inclusive and participatory. In these struggles, new layers of activists have emerged.

This booklet is a tool to introduce these new activists to what capitalism is, how it functions and in whose interests, how society is divided into different classes with differences in power and interests, what role the state plays, and how the state functions in the interests of capitalism and the ruling class.

Part 1 of this booklet aims to help activists deepen their understanding of the system we live under, how a majority of people are exploited, and how and why a majority of people face forms of oppression. It can also be used as a basis for activists to analyse why they face the problems they do, and the deeper reasons for these problems (Find Part 2 on ‘Popular Organisation’ here).

We hope it will contribute to the long process of building participatory and directly democratic organisations that can one day become a counter-power to replace capitalism and the state, and thereby end class exploitation, patriarchy and racism in South Africa and internationally.

This booklet was originally written by Comrade Felipe Corrêa for anti-capitalist activists in Brazil. Some of the information regarding South Africa has been added by ILRIG to provide examples of the concepts covered that are South African based.