Covid-19 and Capitalism: ‘Pandemics… have their roots in environmental change and ecosystem disturbances’ 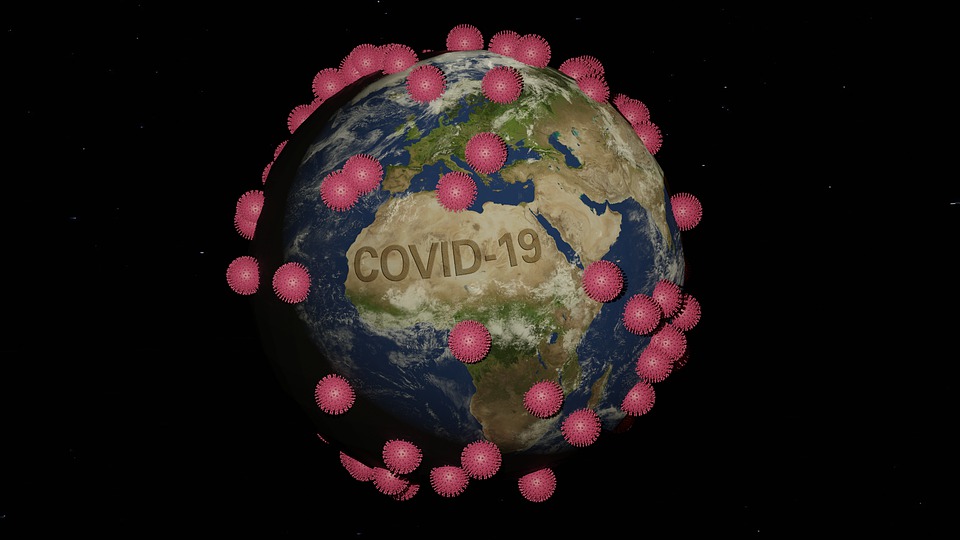 As the escalating crisis of the climate crisis is so tragically and consistently showing, unless there is a reframing of human consciousness and practice centred on planetary health (which umbilically links human and ecosystem health), then our world is heading for a future of perennial planetary disasters.

Understandably, the dominant focus (conceptually and practically), of most governments, media outlets and the general public both globally and in South Africa, has been on understanding and confronting the immediate impact and effects of the Covid-19 pandemic. In particular, this focus has been directed at global as well as national impacts and responses related to human health and economic relations.

For the most part, however, what has been missing is an understanding of the pandemic’s more foundational causes. As we move through this unprecedented crisis such an understanding can potentially provide fertile ground for some of the conceptual and practical systemic changes we so desperately need.

At the heart of the multi-level crises that this virus has unleashed is the fact that so little is known about it and that it is not an isolated case. The reasons for this are there to find if we look hard enough.

Namely, that the increased occurrence of largely unknown and ever-more-virulent viruses is directly linked to the nature/character of land use and food production under the neo-liberal model of capitalism; to the contemporary dominance of an “industrial model” of agriculture that is umbilically tied to the never-ending search for maximum profits, whatever the human, social and/or environmental consequences.

More specifically, there is a clear connection to the vast increase in mono-agriculture production, which entails the massive appropriation and exploitation of land (forests, jungles, small-scale farms etc.), by corporate and/or state-owned and facilitated agri-business. This is practically achieved by the complimentary destruction of natural animal habitats and richly bio-diverse areas through logging, clear-cutting, mining, road construction and rapid urbanisation.

In a recent public statement, the African Centre for Biosafety confirmed the foundational connections: “There are many examples of how ecosystem disruption causes diseases and outbreaks [wherein] … most pandemics including HIV/Aids, Ebola, West Nile, SARS, Lyme disease and hundreds more, have their roots in environmental change and ecosystem disturbances.”

As evolutionary biologist Rob Wallace points out, the cumulative result, and more especially over the last two to three decades, is that the previously strong and vibrant natural defences against pathogens (which give rise to viruses) are being destroyed at an incredible rate.

In turn, this is creating ever-expanding breeding grounds for new pathogens to which humans and other animals are exposed more than ever. In Wallace’s words, “growing genetic monocultures of domestic animals removes whatever immune firebreaks may be available to slow down transmission”.

David Quammen, author of the prescient book, Spillover: Animal Infections and the Next Pandemic, puts it bluntly: “We cut the trees; we kill the animals or cage them and send them to markets. We disrupt ecosystems, and we shake viruses loose from their natural hosts. When that happens, they need a new host. Often, we are it.” Indeed, the United States Centers for Disease Control and Prevention (CDC), estimates that three-quarters of new or emerging diseases that infect humans originate in animals.

The rise and rise of the (mostly illegal), wildlife trade over the last couple of decades, in particular, is a direct and clear result of these developments. Australian academic Simon Evans makes a strong argument that while this trade has so far largely been approached and criticised “purely in terms of conservation”, given the Covid-19 pandemic, there is a much greater impetus to consider it in “relation to broader themes of biosecurity, public health and economic impact”.

These are the structural realities that are central to the “developmental” model of neoliberal capitalism. This is so, precisely because they facilitate and support corporate capital – in most instances, actively facilitated and in some cases led by the state – to control, own and exploit land, and resources at both national and global levels irrespective of any linked human, social, economic, political or ecological imperative or consequence.

As the escalating crisis of climate change is so tragically and consistently showing, unless there is a reframing of human consciousness and practice centred on planetary health (which umbilically links human and ecosystem health), then our world is heading for a future of perennial planetary disasters.

But this does not have to be the case.

There will always be those, like the ideological cheerleaders of “free-market capitalism” and climate crisis denialists, who want us all to believe that changing the status quo is simply impractical, the preserve of foolish (and of course, socialist) idealists. But as many of the responses to the pandemic are already showing so clearly, the human impetus and will to embrace previously shunned social and economic policies as well as collectively-framed relationships of caring and solidarity, is not only practically possible, but existentially necessary.

Besides the more immediate containment, prevention, treatment and socio-economic measures that have and will be taken (noting that the relative and nationally-specific degrees of efficacy remain debatable), what this pandemic provides are opportunities to mutually address the structural realities at both a global and national level.

At a global level, such opportunities relate directly to:

At a national level – and more specifically in South Africa – opportunities include:

Arguably, the most crucial opportunity that traverses every other one mentioned is for a changed human consciousness and practice. The “catchwords” that should inform and animate the overall approach to this pandemic, at both the more immediate and longer-term structural levels of response and engagement are: equality, trust, creativity, resilience, compassion, social solidarity, common respect and yes, love.

It is not likely that the coronavirus pandemic will occasion the demise of the capitalist system for the foreseeable future. However, what is much more likely to happen and indeed to be welcomed by the majority of humanity, is the potential to catalyse opportunities for positive, progressive, human and nature-centred change at both the collective and individual levels.

Such change, in practice, can show that not only are there alternative (non-capitalist), ways of living and doing at the systemic levels of political, social and economic relations, but that human beings are (as they have always been), capable of changing their world for the better.