Existential crisis of the Kurdish in Turkey and Elsewhere: Nationhood or Autonomy? 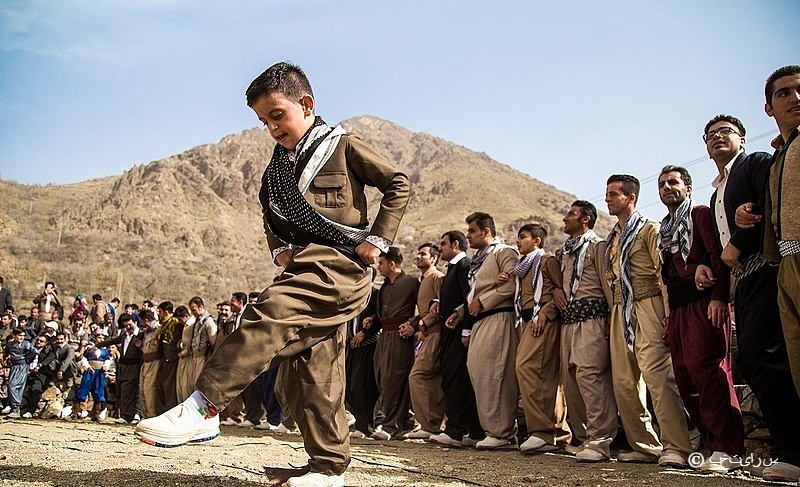 The Kurds are a nationality concentrated in a territory that straddles four states: Iraq, Iran, Syria and Turkey. For months Kurdish militia have been fighting the Islamic State of Iraq and Al-Sham (ISIS) in Kobane on the Syrian and Turkish borders and have been subjected to ongoing attacks by the Turkish state.

The Kobane conflict is one episode in the long struggle by the Kurdish national liberation struggle. It is also increasingly associated with a revolutionary reconstruction of society in the region of Rojava in Syria, influenced in some ways by anarchism, that is, the tradition of Bakunin and Kropotkin. Indeed, left-wing ideas like anarchism, and, Marxism-Leninism, have a lengthy history in the region, of which developments in Rojava are one part.

National liberation struggles have historically taken many forms. Evidently, nationalism– the doctrine that the whole “nation” must unite across class divisions, to secure a nation-state that can express the “national” will – has played a key role. But nationalism is only one of a number of possible responses to national oppression, and it has only sometimes achieved dominance.

Systems generating national oppression, such as imperialism, have, historically, evoked responses ranging from collaboration, to liberalism, to religious millenarianism, to radical right-wing currents, and to left movements like Marxism and anarchism/syndicalism. Conflating national liberation with nationalism misses this complexity, and the far more radical roads that have sometimes opened up.

This crucial distinction – between national liberation struggles, and nationalism – is essential to understanding the evolution of the Kurdish national liberation movement, and the challenges it faces. This movement is deeply fractured by different approaches, each proposing very different solutions. One of its most striking features has been the influence of the left: Marxism-Leninism from the 1960s, and, more recently, ideas derived from anarchism/syndicalism.

A distinct Kurdish nationality dates back many centuries. National oppression was not unique to Western or capitalist empires. The feudal Ottoman Empire, dating back to the 1200s, included many subject peoples and religions: many, including the Kurds, had major grievances.

In the 1800s, successful national liberation struggles and conflicts with rival empires were breaking up the Empire. Increasingly harsh policies of repression marked its last years. The First World War saw its final collapse with Turkey being the remnant. While some subject peoples secured independence others – among them, the Kurds – were transferred to new imperial masters, which drew new borders, including the borders of what became Iraq and Syria.

Nationalist ideas came to play an increasing role among the Kurds from the 1920s, some nationalists seeking complete independence, others greater autonomy. Policies like discrimination, restrictions on the use of the Kurdish language, forced removals, and state-sponsored resettlement of other groups into “Kurdistan” continually generated struggle. Various parties emerged in the different states from the 1940s onwards, such as the Kurdistan Democratic Party (KDP, formed 1946) and the Patriotic Union of Kurdistan (PUK).

By the 1960s the radical left came to play a major role, and placed the struggle against feudal notables amongst the Kurds themselves on the agenda. Marxist insurgencies took place in Iran as well as within Turkey from 1978 led by the Kurdistan Workers Party (PKK). The PKK has also undertaken actions in Iraq and Syria, and since the 1970s it has become central in the Kurdish national liberation struggle.

Ironically the destabilisation of the Middle East, both due to imperialist actions and attempts to repress the “Arab Spring”, have given an impetus to the Kurdish struggle. The 2003 American invasion of Iraq led to the establishment of an autonomous Kurdish region, while the crisis in Syria, including US actions from 2011, has seen the PKK playing a major role, alongside its local allies.

As ISIS has grown – in part through the Syrian civil war that started with the al-Assad regime’s repression of the “Spring” protests, in part through US tolerance during the Iraq occupation – the PKK and its allies, including the People’s Protection Units (YPG) and the Democratic Union Party (PYD, formed 2003, affiliated to PKK) have proved to be the major force halting its atrocities and reactionary programme.

From the 1990s, the PKK increasingly abandoned Marxism-Leninism in favour of “democratic confederalism,” associated with the late American revolutionary Murray Bookchin, which developed out of anarchism. Whereas the PKK line was for a new state before the 1990s, the new line (according to PKK leader Abdullah Öcalan) involves a scepticism about nationalist and Marxist-Leninist projects, and rather favours of a “democratic system of a people without a State,” that “takes its power from the people” and aims at “self-sufficiency in every field including the economy”.

That is, while they have remained anti-capitalist and anti-imperialist, the PKK and groups affiliated to it, no longer wish to set up a state, seen as a system of elite rule. In areas influenced by the PKK, in parts of Turkey and in Rojava, “democratic confederalism” is now being experimented with practically. Federated communes, assemblies and councils, based direct democracy and recallable delegates (i.e. a sort of upside-down pyramid, in place of state hierarchy and centralisation), has been established. In some instances, cooperatives have been formed, as an economic system consistent with the bottom-up ethos. Also notable: the system is multi-ethnic, multiracial and does not practice religious discrimination.

Thus in parts of Turkey, Kurdish people have tried to put “democratic confederalism” into practice and they have used a militia system to defend it. The actual practice in Rojava though, where the system exists on a larger scale, is quite contested, and while numerous councils and assemblies have been established, as part of a larger Group of Communities in Kurdistan (KCK), some forces seek to use this to build a new state i.e. to transform the KCK into a traditional representative government.

While the diverging trends are united in fighting ISIS, it is not clear how long unity can last. The PKK is also not the only player: the Kurdistan Regional Government (KRG), a de facto state in Iraq, run by the PUK and KDP, proposes a more orthodox nationalist road.

While US airstrikes have helped halt ISIS, this does not mean the US, for example, favours the PKK, which it, like Turkey, declares a terrorist organisation. Interventions by regional and international powers remain a major threat, especially from the Turkish state. Another threat is posed by radical Islamism, a powerful current born of the crisis and decline of Arab nationalism. And the PKK’s own history also poses challenges: its radical bottom-up approach should not detract from the reality that for much of its history it was a top-down force.

The PKK, even in its new phase, is not an anarchist organisation: it is closer to Bookchin’s model, which although derived from anarchism, also waters down some key parts of it. Nonetheless, anarchist ideas, via Bookchin and Öcalan, now form part of its ideological mix, a development of enormous international significance. It remains unclear though whether the council system the PKK favours will co-exist with, or replace, states, and whether it will be fully applied to the economy. Thus, whether “democratic confederalism” moves wholly towards a social revolution remains to be seen, but it is a development that for the moment offers great hope.