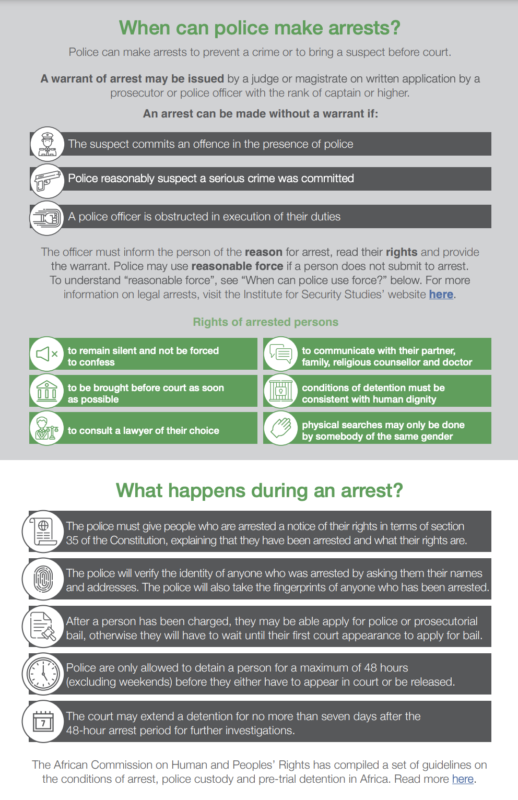 The police are supposed to protect the public from crime and violence, but some officers engage in unlawful behaviour such as corruption, brutality and torture. We need police officers to adhere to high standards of conduct. Holding these police officers accountable for wrongdoing is therefore essential.

This factsheet was designed by a group of organisations advocating for human rights and justice for all people, including informal traders, students, immigrants, artisanal miners and people living in informal settlements. It is intended to help you to understand police powers, your rights when you encounter police and your options for reporting abuses of power by the South African Police Service (SAPS).

This factsheet provides information on:

ILRIG contributed to the development of this fact sheet through its involvement in the Anti-Repression Working Group of the C-19 People’s Coalition.

The fact sheet can be downloaded in six languages: