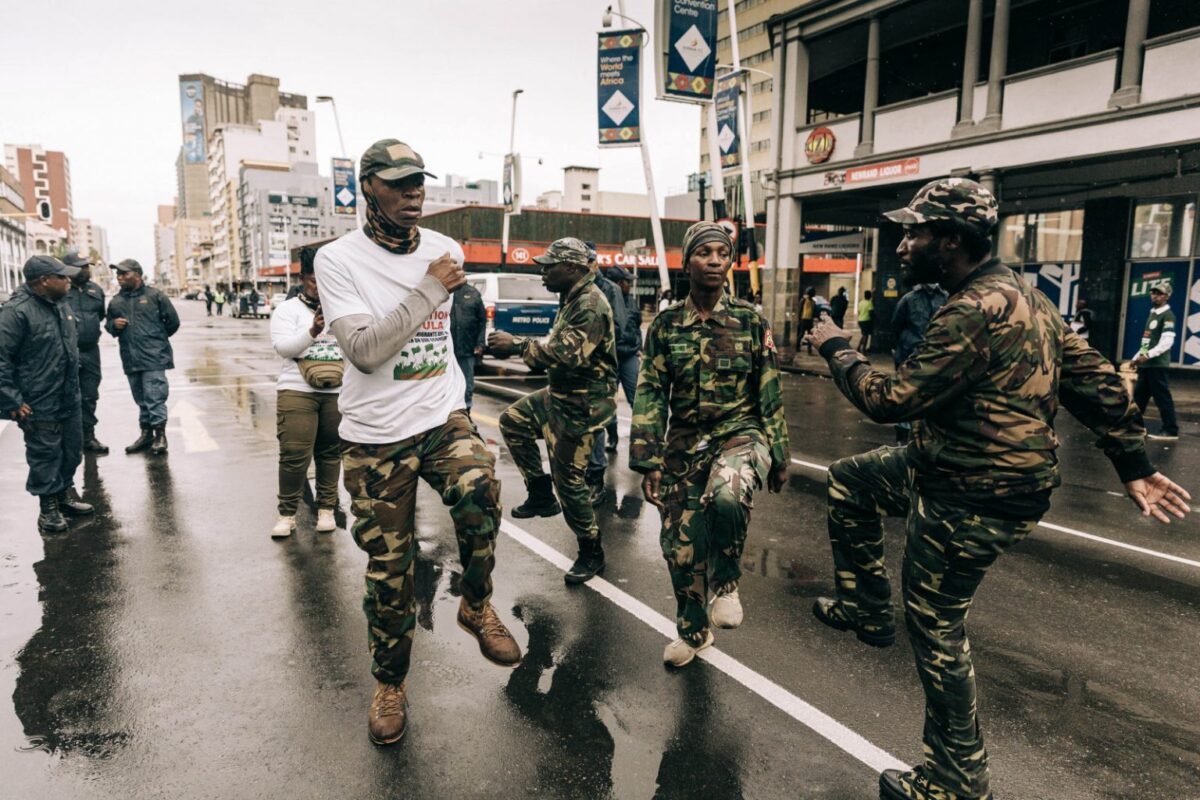 In present-day South Africa, scapegoating “illegal foreigners” (more specifically those from our own African continent) is increasingly becoming politically and socially acceptable. This is not only a sad and tragic negation of basic humaneness and empathy, but it is also indicative of an unwillingness to take responsibility and to recognise the historic, homegrown nature of the various crises to which it is anchored.

Let’s take the crisis of gender-based violence (GBV). There can be no argument that South Africa’s GBV crisis is systemic. Rooted in a deeply set foundation of patriarchal social relations, widespread socioeconomic desperation and poverty and a largely uncaring and dismissive police service, South Africa has been named the “rape capital of the world”. The horror of the sexual violence was recently brought home yet again by the gang rape of eight women in Krugersdorp. But instead of focusing on the women victims and the generalised failure of the state and society to prioritise and protect, attention was quickly diverted to blaming “illegal foreigners” (in this case, in the frame of “illegal miners”).

Instead of recognising that at the core of the crisis of “illegal” mining is a long history of government and law enforcement authorities being in bed with the corporate mining sector, helping create a parallel crisis of mass unemployment and the operation of highly organised and brutal criminal mining syndicates, the main “problem” became one of getting rid of all individual “illegal foreigners” working in the informal mining sector.

The results of this scapegoating have been all too predictable. A horrendous act of sexual violence has been repurposed as a vehicle to pour more fuel on the country’s xenophobic fires, due to the lines between international migrants and the perpetuation of GBV as well as crime in general, being manipulatively blurred.

Further, the subsequent trajectory of the dominant discourse/debate has almost completely ignored the presence of thousands of artisanal miners who are simply workers (both South African citizens and international migrants) who are not engaged in criminal activities and who have been trying for years to be recognised and for their work to be legalised.

And then there is the long-running crisis of the public healthcare system which like GBV, has deep, historical roots. As healthcare experts and activists such as the late David Saunders reminded us, “apartheid-era racial and gender discrimination, the migrant labour system, the destruction of family life, vast income inequalities, and extreme violence” are foundational pillars of the crisis.

To this must be added the cumulative impacts of more contemporary and widespread maladministration, corruption, poor management, inadequate staffing and budget austerity. When set against the fact that the overwhelming majority of those who access and use public healthcare in the country are South African citizens, and that the vast majority of international migrants only access primary healthcare to which they are constitutionally entitled, it is clear that the ongoing crisis is a home-grown one.

Yet, following the outrageously unprofessional, mean-spirited, misdirected and xenophobic remarks made by Limpopo health MEC Dr Phophi Ramathuba to a Zimbabwean patient in the Bela Bela public hospital, the main discourse and debate largely turned a blind eye to this crisis and instead focused on blaming “illegal foreigners” (which quickly morphed into “foreigners” in general).

Like vultures, the usual array of xenophobic opportunists and demagogues — whether coming from the ranks of so-called “communities leaders”, political parties or the general public — wasted no time wading in.

In scenes that should make all of us shudder, we saw Operation Dudula thugs congregating in front of Kalafong and then Hillbrow hospitals to try to prevent “illegal foreigners” from receiving healthcare. A security officer stationed at the Kalafong hospital related how “they greeted patients who were of a dark skin colour one by one, to check which language they spoke and to listen to their accent. The local language here is Tswana or Pedi. If they found that you don’t know those languages, they turned you away.”

Not to be outdone, Gayton Mackenzie of the Patriotic Alliance party, proudly made it known that he would switch off the oxygen flow to a “foreigner” in a South African hospital to “save a South African citizen.” In a sign of how deep xenophobic hatred and division in South Africa’s body politic now are, the disgraceful and clear parallels of Mackenzie’s comments to apartheid-era healthcare prioritisation of white over black lives, passed largely unnoticed by most other political parties and as well as traditional and church “leaders”.

Historically, the intensity and spread of scapegoating has increased in direct proportion to the efforts of those with economic and political power to either hold onto and/or gain further power and profit. Those efforts are most often underpinned, among others, by the practical as well as political and ideological impacts of abject governance failures, repression of dissent, massive corruption, narrow nationalism, patriarchy, ethnic chauvinism, contempt for accountability and pure greed. This is the foundational edifice of crises that holds up, sustains and fuels the scapegoating of “illegal foreigners”.

Across the globe, both past and present, we have witnessed the extremely dangerous and truly frightening things that can happen when this scapegoating edifice is allowed to grow, when people acquiesce or remain silent. It is time to take a firm stand; the heart of South Africa’s soul is at stake.