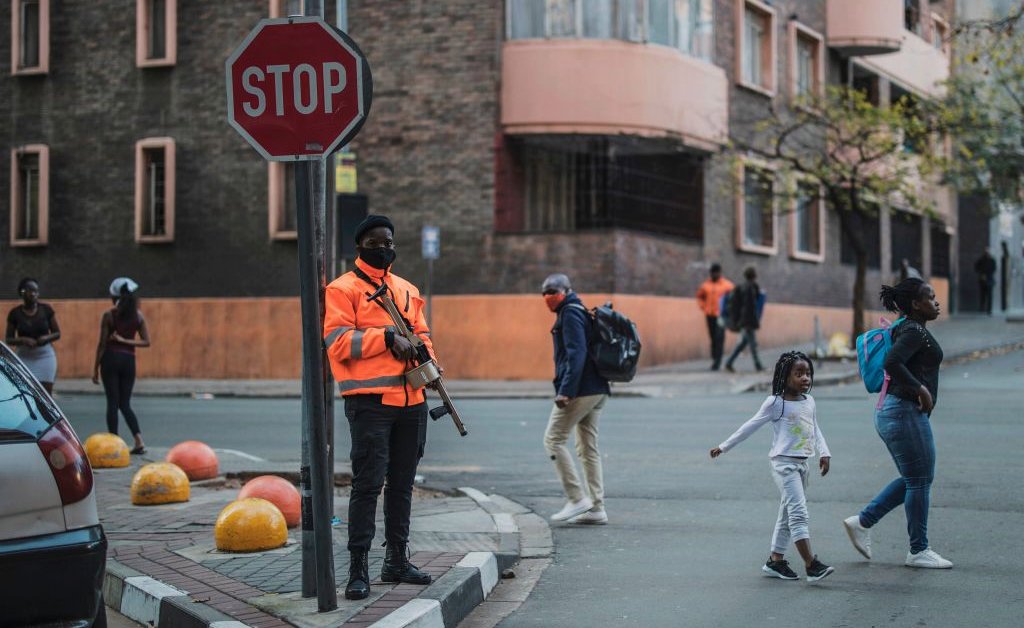 First published in the Daily Maverick.

In the general fog that has enveloped our pandemically framed world, it is understandable that we might not notice some things that otherwise would have previously caught our immediate attention. That’s exactly what almost happened with the latest of President Cyril Ramaphosa’s addresses on the state of the pandemic and associated lockdown measures last week.

No doubt, like most people tuning in to the address, the media included, what I heard very clearly was what had been expected. In other words, that there would now be a slightly adjusted curfew period, land borders would be largely closed, and the alcohol ban would be reinstated; while noting that the latter two were and continue to be vigorously opposed by many.

When the president reiterated that “adjusted” Level 3 restrictions would remain in place, including that most “gatherings” remain prohibited – with circumscribed exceptions for workplaces, cinemas/theatres, casinos, museums/galleries and libraries – my main response was to shrug and wonder out loud when we might see the light at the end of the Covid tunnel.

However, it was only after taking a closer look at the written regulations that I noticed an entirely new subsection (36 (3)(4)) stating that, “All political gatherings… are prohibited” (in addition to social and faith-based gatherings as well as traditional council meetings). I had to do a double take to confirm the consequent and indeed shocking reality.

As far as I can tell, for the first time in South Africa’s history it is now (at least until 15 February when the present lockdown level is scheduled to expire) a criminal offence for anyone in the country to hold any kind of political gathering. This should make us all sit up and take notice with serious concern.

The journey of how we got here is as circuitous and contradictory as the ANC’s handling of its corrupt members.

First stop is the definitional contradiction (of what constitutes a “gathering”) that exists between the foundational legislation (the Regulation of Gatherings Act of 1993) and the initial lockdown (State of Disaster) regulations issued on 18 March 2020. In the former, a gathering is “any assembly, concourse or procession of more than 15 persons in or on any public road as defined in the Road Traffic Act, 1989 (Act No. 29 of 1989), or any other public place or premises wholly or partly open to the air”. In the latter, gatherings are defined as, “any assembly, concourse or procession of more than 100 persons, wholly or partially in open air or in a building or premises”.

This legal, definitional contradiction has remained throughout, regardless of the varying lockdown levels and specific rules and exceptions adopted for particular gatherings (for example, funerals, workplaces, entertainment/conference venues). To make matters even more confusing, it was only when the country went to Level 1 in late September 2020 that the accompanying regulations introduced specific reference to “gatherings at political events and traditional council meetings” (subsection 69(5)), in which both were “limited to 100 persons or less in case of an indoor gathering and 250 persons or less in case of an outdoor gathering….”

Not surprisingly, what this then translated into was a contradictory enforcement of the regulations as they related to “political gatherings”. As the Right2Protest project has pointed out, during 2020 we witnessed grossly inconsistent enforcement; for example, based on where protest gatherings took place, who was involved and for what purpose.

As such, state law enforcement officials were largely able to unilaterally decide which “political gatherings” to prohibit and which to allow. This was further fuelled by the lack of any parallel practical and legal definition of what actually constitutes such a “political gathering”.

And, the solution to this regulatory dog’s breakfast? A move back to an “adjusted” Level 3 lockdown, where we now not only have the reintroduction of the specific but undefined category of “political gatherings” but their wholesale banning.

In South Africa, the new outright ban recreates the dangerous situation where police may decide to prohibit any gathering which they judge as ‘political’ and for reasons related to their own bias and not on any justifiable safety and/or public health grounds. In turn, this only amplifies the risk of repeating the fatal consequences of poor training and lack of accountability when it comes to the use/misuse of force.

The legal and health-related basis for this complete banning of “political gatherings” is, to say the least, dubious. Here, we are not simply dealing with a limitation of a fundamental constitutional right, but rather its total obliteration.

As this pandemic has so clearly revealed across the globe, what started out as potentially justifiable, health-centred limitations on people’s right to “politically” gather have, in most cases, quickly turned into politically saturated denials of this basic right. In turn, this has catalysed an increasing state/bureaucratic authoritarianism, an elitist centralisation of power and a general crackdown on “political” criticism and dissent under the cover of dealing with the pandemic.

Further, for the majority of humanity (workers and the poor) the right in question is not simply one related to legality as well as personal and public health, but one of absolute necessity in the fight against the pandemic and for life itself. While there is most certainly a strong argument that some of those who engage in “political gatherings” are at risk of contracting and spreading the coronavirus, an equally strong argument can be made that the right to politically gather, whether in a meeting or protest, is absolutely essential to the basic survival of that majority.

There can be no denying the fact that this applies to a large portion of the population in South Africa. Here, there are particularly deep socioeconomic inequalities, rising poverty, massive loss of jobs, crumbling basic infrastructure and an often-inept government that neither listens to nor seriously engages with the majority. More specifically, government corruption around personal protective equipment, heavy-handed enforcement and mismanagement of socioeconomic support during the lockdown has only served to further catalyse responsive political activities.

Added to the mix is a corporate private sector that never ceases to find new and inventive ways to further exploit workers and increase profits regardless of the social, environmental and human costs. Further, given that these elites sit atop the global rankings of white-collar crime and a mountain of capital they mostly hoard or use for speculative purposes, and the necessities of political “gathering” become even clearer.

The consequent and combined reality is that there are few other options than to engage in “political gatherings” (particularly community meetings and protests) in order to try and ensure the basics of life such as water, electricity, housing, education, healthcare and food as well as the basics of democratic accountability and responsibility. It is these basics that are and will be fundamental, in the present and future, to controlling and eradicating this and other, sure-to-come, pandemics.

While there is no doubt that the current banning of the right to engage in “political gatherings” will eventually be lifted, the longer-term and more systemic problem (for those in South Africa and in most countries across the globe) is that the mould has been prepared. Our individual and collective challenge going forward is to make damn sure that the mould does not become set.