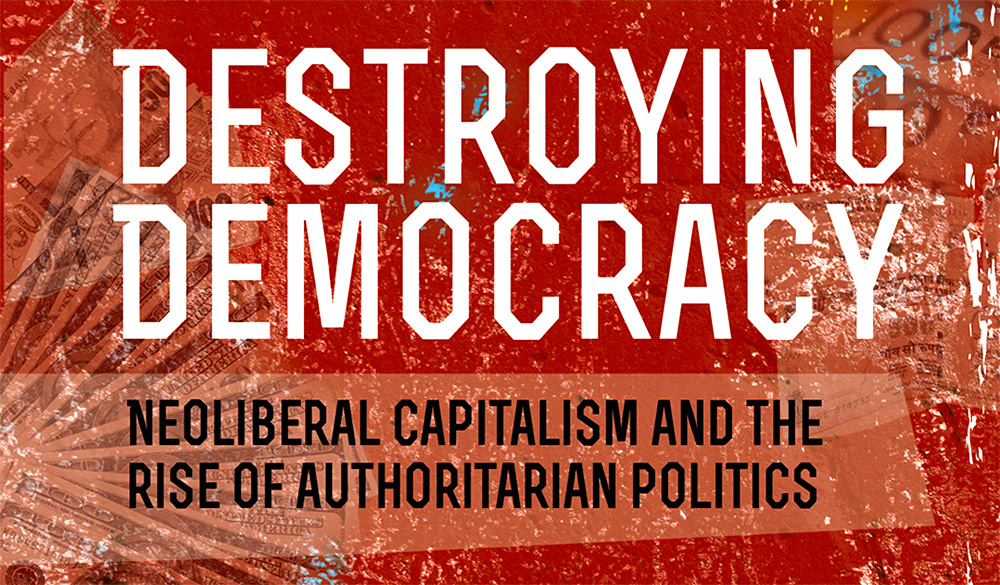 A large part of the political, social and economic edifice of the apartheid-capitalist system in South Africa was built on, and sustained by, the control of information and enforced secrecy.  This was at the heart of its undemocratic character, the glue that held together the institutionalised violation of basic human needs and rights of South Africa’s majority.

In turn, a fundamental part of the parallel struggle for the democratic and collective reclamation of those needs and rights involved the right to know, at the heart of which is access to information as a means to ensure democratic transparency and hold power to account.

Unfortunately though, key components of the ensuing struggle for liberation, mostly and notably the ANC and the SACP, failed to fully embrace the right to know in their own organisations and politics. The demands of enforced ideological and organisational unity alongside the practical exigencies of a largely secretive, underground and exiled armed struggle increasingly took hold.

The cumulative result was that once the ANC ascended to political power the mindsets and practices that structured the responses of the apartheid state to basic democratic demands such as access to information, alongside political-social dissent, found a generally warm embrace among sections of the ANC leadership, and more especially within the post-apartheid state’s security and intelligence apparatus.

Such continuities are clearly evident in how the post-1994 state and the ruling ANC party have approached related legislation. After 27 years of democracy, many pieces of legislation from the apartheid days designed to suppress and control information remain as law. Even new legislation designed to usher in a new, democratic era of transparency — such as the Promotion of Access to Information Act of 2000 (PAIA) — has gone a long way in preventing the free flow of both state/public and private/corporate information due to manipulation and non-enforcement.

Whether under  the leadership of Nelson Mandela, Thabo Mbeki, Jacob Zuma or now President Cyril Ramaphosa, the state/party nexus has consistently ignored and/or undermined the voice and participation of not only its own core constituencies, but also of the larger public. A continued lack of public awareness and education, as well as the deployment of adequate human resources within the state to implement PAIA, alongside the poor state of public records management, has ensured that people’s access to public/state information continues to remain in intensive care.

A good, practical example of this transitional reality is that over the past 15 years or so the percentage of requests for information submitted to all levels of the state that have been granted in full has been less than 25%. The private sector is even worse — the average success rate of information requests during the same period has been less than 15%. One of the most outrageous examples of such information obstructionism was during 2011-2012 when the Department of Mineral Resources refused 97% of more than 100 PAIA requests for information on environmental health and protection made by the Centre for Environmental Rights.

Not surprisingly, then, the collusive blocking of the right to know has been experienced across a wide swathe of sectors and issues. Some of the more egregious examples have involved the secretive processing and issuing of mining licences, particularly in environmentally protected or sensitive areas; the blanket refusal to provide information about outsourcing — through the issuing of tenders — of public functions and services to politically connected elites and corporates; and, considering and often passing hugely important and impactful legislation without any meaningful opportunities for public participation or input.

A veil of secrecy

The resultant veil of secrecy has been, and continues to be, used to hide hugely important and politically sensitive information, especially related to corruption within the state and ruling party, as well as the past role and contemporary activities of private corporate capital.

Further, this has catalysed a situation in which our constitutionally guaranteed right of access to “any information… required for the exercise or protection of any right”, has taken a secondary, backseat status, artificially detached from the realisation of more “central” socioeconomic rights.

This is a major elision of South Africa’s post-1994 democratic character and content. Even if contained within the ideological and institutional confines of a broader capitalist political economy, the right of access to information connects all other rights precisely because a commoning of and public access to information is the lifeblood of any meaningful democratic accountability and participation. It is not reducible to the narrow confines of (elite-led or -controlled) institutionalised and representational power, but creates the spaces and possibilities not only for a people-centred democratic terrain but also for more radical, systemic transformation

The cumulative picture is clear. While a significant number of generic democratic spaces certainly remain open and alive, the long-term impacts of the conscious and manipulative closing down of participatory space and voice have produced a contemporary terrain dominated by enclosed structures, invited spaces, securitised politics, secretive deals and unilateral decision-making. In macro-level and systemic terms, this constitutes nothing less than a contra-democratic, transitional trajectory.

The bottom line is that without access to information, the ongoing struggles for equality and justice and change of the overall social, economic and political trajectory of our society will continue to be fatally undermined. Put differently, if we do not know, then we surely cannot be the kind of activists, dissenters and democrats that we want to, and can be.

A recipe for conflict

Indeed, the ongoing battle for the right to know is primarily a battle against a consciously constructed lack of knowing and against the inaccessibility and unaffordability of information that is crucial not only to survival but to the ongoing struggle for equality and justice. Its absence is a sure recipe for frustration, disempowerment and conflict. And this is precisely what has been happening for most of South Africa’s democratic transition.

All of this points to seriously worrying signs of a retreat from a grounded, people’s democracy; of an “undemocratic” democracy gaining the upper hand. Those in control of the ruling party and the state as well as private corporate capital now, more than ever, pick and choose which aspects of even a limited, “liberal” democracy apply to them and what parts of accompanying democratic processes they want the rest of society to enjoy.

And yet, there are also positive signs amid the informational carnage. It has catalysed the creation of democratic alter-spaces which, in turn, has given rise to new organisational voices to those who are socially, economically and politically marginalised. It has also brought about positive ideas and actions towards collective activism and demands for social or political redress, as well as the shifting of the terrain of political and social engagement and debate in South African society as a whole, by pushing the enforced boundaries of democratic participation beyond the status quo frame.

If those who possess political, economic and social power are fearful of what the majority of people — the demos — think, of what they know and do, then they are fearful of nothing less than democracy itself. It is the enduring challenge of that majority to not only practically confront and struggle against the lived reality of what those fears produce, but to create the conditions for ushering in a truly democratic democracy.

This is the sixth in a series of 10 essays by authors of chapters in Destroying Democracy, neoliberal capitalism and the rise of authoritarian politics, Volume 6 in the Democratic Marxism series recently published by Wits University Press and edited by Michelle Williams and Vishwas Satgar.

Destroying Democracy is an invaluable resource for the general public, activists, scholars and students who are interested in understanding the threats to democracy and the rising tide of authoritarianism in the Global South and Global North. It is freely available as open access at https://library.oapen.org/handle/20.500.12657/50256