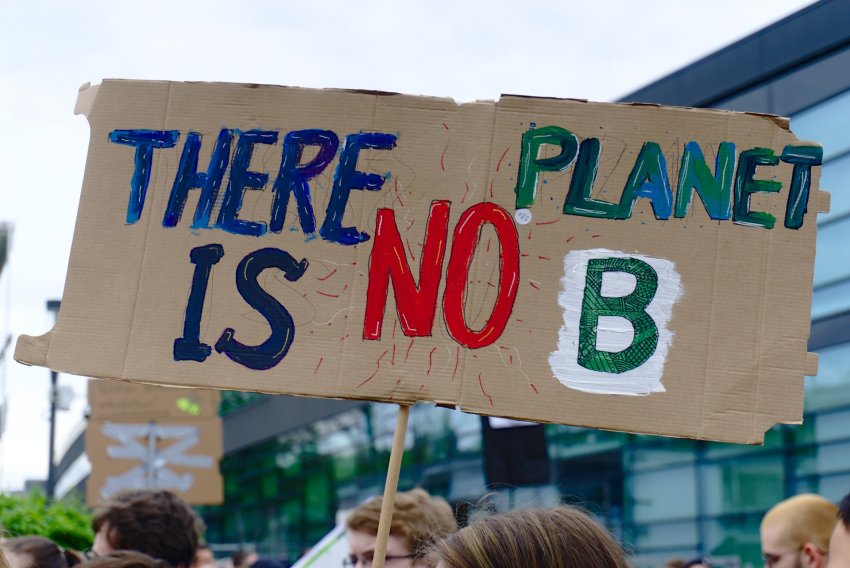 “There is a very big risk that we will just end our civilisation”. These are not the words of a crazed doomsday prepper huddled in a concrete bunker with a collection of automatic rifles, Trump posters, and Bannon books. Rather, they are the words of one of the leading scientists on climate change, Professor Hans Joachim Schellnhuber of the Potsdam Institute for Climate Impact Research.

The reason for the alarming words is that a number of tipping points that could lead to runaway climate change are fast approaching or have already begun. These include: permafrost in the artic melting and releasing vast quantities of methane and carbon dioxide; the important carbon sink that is the Amazon forest disappearing; glaciers and ice sheets melting thereby decreasing the global reflection of sunlight; and the ocean becoming more acidic as it approaches saturation point in terms of carbon absorption.

Even if carbon emissions were halted immediately – which will not happen given power relations and the fact they are still increasing – it will already be impossible to limit the average global temperature to 1.5C warmer than pre-industrial levels. The reason, according to the National Aeronautics and Space Administration, is due to the fact carbon dioxide particles linger in the atmosphere for centuries. More starkly, the problem is if carbon emissions continue on their current trajectory the global temperature would increase to between 4C and 6C by 2100 when compared to pre-industrial levels. In fact, because of tipping points being reached and/or approached, if the Earth reaches 2C warmer the likelihood is that it would rapidly increase to 4C warmer.

At that temperature the shit won’t just be hitting the fan, it will start obliterating it. It would be impossible to grow food on large parts of the planet, much of the world would be desert, and many places would be uninhabitable. This would mean, according to Johan Rockstrom of the Stockholm Resilience Centre, the Earth would only be in a position to, at best, support between 500 million and 1 billion people. The convulsions caused by most of the human population dying within a relatively short space of time would probably make complex societies almost impossible to sustain and conflict over scarce resources would probably be vicious and rife. In other words, it would be the end of the world as we know it.

Compounding our problems, and despite what the ilk of Elon Musk believes, the vast majority of humans cannot escape climate change by moving to another planet. The nearest possible habitable planet is at least 4.2 light years away. To put that into perspective, using the fastest object humans have ever put in space, the Parker Solar Probe – which will eventually reach a top speed in excess of 630 000 km/h – it would still take over 6 300 years to get there. Mars too is not the future for the majority of us (only the super-rich would be going if it happens) and could not sustainably support significant populations of humans and other species. Life would be precarious on Mars, one crop failure or the failure of vital equipment would put an end to any colony even if one could be established. Humans (and all life) beyond short outings in space suits or life support vehicles would literally have to live mostly indoors protected from radiation bursts that are emitted by sun flares: not particularly a life that seems worth living.

How on Earth did we get here?

It is a popular belief that the destruction being wrought on the planet, and resulting climate change, is due to the innate nature of all humans to unsustainably extract from the environment and to exhaust resources. The reality, however, is more complex.

For the vast majority of the 200 000 to 300 000 years of existence of the modern human species, people have largely lived subsistence and egalitarian lifestyles. That means humans did not profoundly alter the ecology, nor destroy entire habitats, nor did they exploit other human beings. It was only 7 000 years go with the rise of class systems, states, patriarchy and the extraction of surplus value that the destruction began (first on relatively small scales, later globally).

Indeed, the rule of an elite; the states they created to enforce this rule; the surplus value needed to support the lifestyles of the rulers and the costs of maintaining states; and the exploitation of the majority of humans and the ecology to obtain surplus values is where ecological destruction began. In some cases this even led to such ecological damage at a local level that civilisations collapsed, for example the Maya and Sumerians. As such, the oppression and exploitation of humans by humans and the destruction of nature by an elite to obtain wealth set the foundations for destroying the ecology, initially at a relatively localised level.

Yet even these civilisations did not cause a global ecological crisis – their scope was too limited and even they did not have the mentality of endless growth. It has only been with the global reach of modern capitalism and its drive for endless growth that global destruction started. Indeed, capitalism amplifies the worst tendencies of past societies that featured ruling classes and states to exploit humans and nature (just to note, states such as the Soviet Union were not communist, but state capitalist: the state acted as a capitalist and exploited workers directly). It is no accident, and no one can deny the fact, that the rapid climate change we are seeing globally began with the advent of capitalism.

At the heart of capitalism is the drive for endless growth – with the wealth created from this growth funnelled up the class system and the by-products, in terms of pollution, socialised onto the ecology of which humans are part. Without endless growth, as we see during COVID 19, capitalism enters a crisis. Endless growth and a planet with finite resources, and a delicately balanced ecosystem, cannot co-exist and the fall out will be horrifying when the ecosystem truly convulses under the abuse of capitalism. Capitalism is therefore on course to end the possibility of complex human societies in the future and the extinction of most species that are alive today.

We are the last generation that can change this

While we are fast running out of time to radically change our society and avoid catastrophe, it is still not yet too late. Nonetheless, if we want to avoid a total catastrophe we will have to ditch capitalism and its mantra of endless growth. For most of those that benefit from capitalism – that is the ruling classes and upper sections of the middle classes – this is unthinkable and many will resist. For this reason and in all likelihood, if change is going to happen it will probably be driven by those that have the least to lose from capitalism’s demise, and the most to gain: low paid workers, small-scale farmers (peasants) and the unemployed who are the vast majority of humanity. This does not negate the possibility of sections of the middle classes and individuals of an elite joining an egalitarian movement to end capitalism. The reason: if the children of these people are not to experience the possibility (if models come to pass) of between 6.5 and 7 billion people dying, the more enlightened sections of the middle classes and individuals from an elite will realise capitalism will have to go.

But it is not just capitalism that will have to be ended. It is also class rule and states. As said, the mentality that views humans – lower classes and in particular women of lower classes – and nature as resources to exploit are linked, and states were built by elites to undertake and enforce this exploitation. To end class rule and the enforcer of this in terms of states, democracy will have to be expanded, a system of a confederated direct democracy built, and a rational way of producing for the basic needs of all formulated.

It’s not an impossible task

This is not an impossible task. Within the ecological crisis and civil war in Syria, 4 million people within North East Syria, known popularly as Rojava, are attempting to build a new society without the state, without capitalism and without patriarchy and to try and do so on a basis that is ecologically sustainable. While these goals are still a long way off from being fully achieved; a start has been made. Importantly, underpinning this experiment is the realisation that systems of class rule, patriarchy, racism and the state have left us all deeply damaged, individualistic and disconnected. To, therefore, change and build a new society we also have to individually and collectively heal ourselves from the trauma caused by various forms of oppression and exploitation. Only then can we truly but simultaneously begin to correct the monstrous damage capitalism has done to the broader ecology.

Movements like the Extinction Rebellion also hold hope. But they would have to become far larger and tackle issues that so far they have not fully tackled, such as imperialism, racism, patriarchy and in particular class rule. Such movements would also need to develop a vision of an alternative economy and practice of prefigurative politics to inspire more people to join by showing another ecologically sustainable society could be possible and desirable.

We also need to recognise that it is the ruling classes that use most of the resources and benefit most from the costs of pollution being externalised under capitalism. In fact, the 100 largest corporations in the world are responsible for omitting 71% of all greenhouse gas emissions. The working class globally do not actually use many resources. The poorest 50% of the global population only omits 7% of greenhouse gases. If inequality was addressed and the conspicuous consumption of the ruling class was thereby ended this would greatly aid in the change to a more sustainable economy that could benefit the entire human population and not just an elite.

So there is still hope we can save society and limit climate change. This struggle has to be fought and movements built as the stakes are higher than they have ever been. So while we are on a trajectory to see the end of complex societies and the extinction of most species if carbon continues to be deluged into the atmosphere, we are not there yet. It can still be avoided and a new society that is based on seeing humans as part of the ecology, that is radically democratic, that is egalitarian and caring can be created. But either way, it will indeed be the end of the world as we know it.