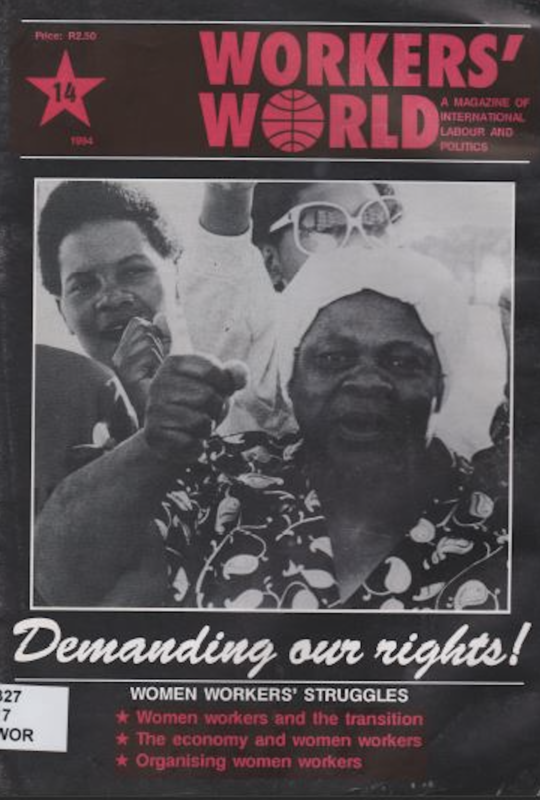 A new government has been elected! The majority of people voted for an ANC government. Hundreds of thousands of women, who form 52% of the electorate, voted for this government. Women and particularly women workers voted for a better life. Through their vote they are saying ‘we want women’s oppression and exploitation to end – in public as well as in our homes’.

We show that women’s oppression and exploitation is central to the working-class struggle against world capitalism. This publication is not just to provide information about women workers, but also aims to help organisations run education programmes. In some sections we make suggestions as to how the information can be used in workshops and education seminars.

This publication has been produced with the support of SCIAF, a solidarity organisation based in Scotland. ILRIG thanks them for making this special edition of Workers’ World possible.