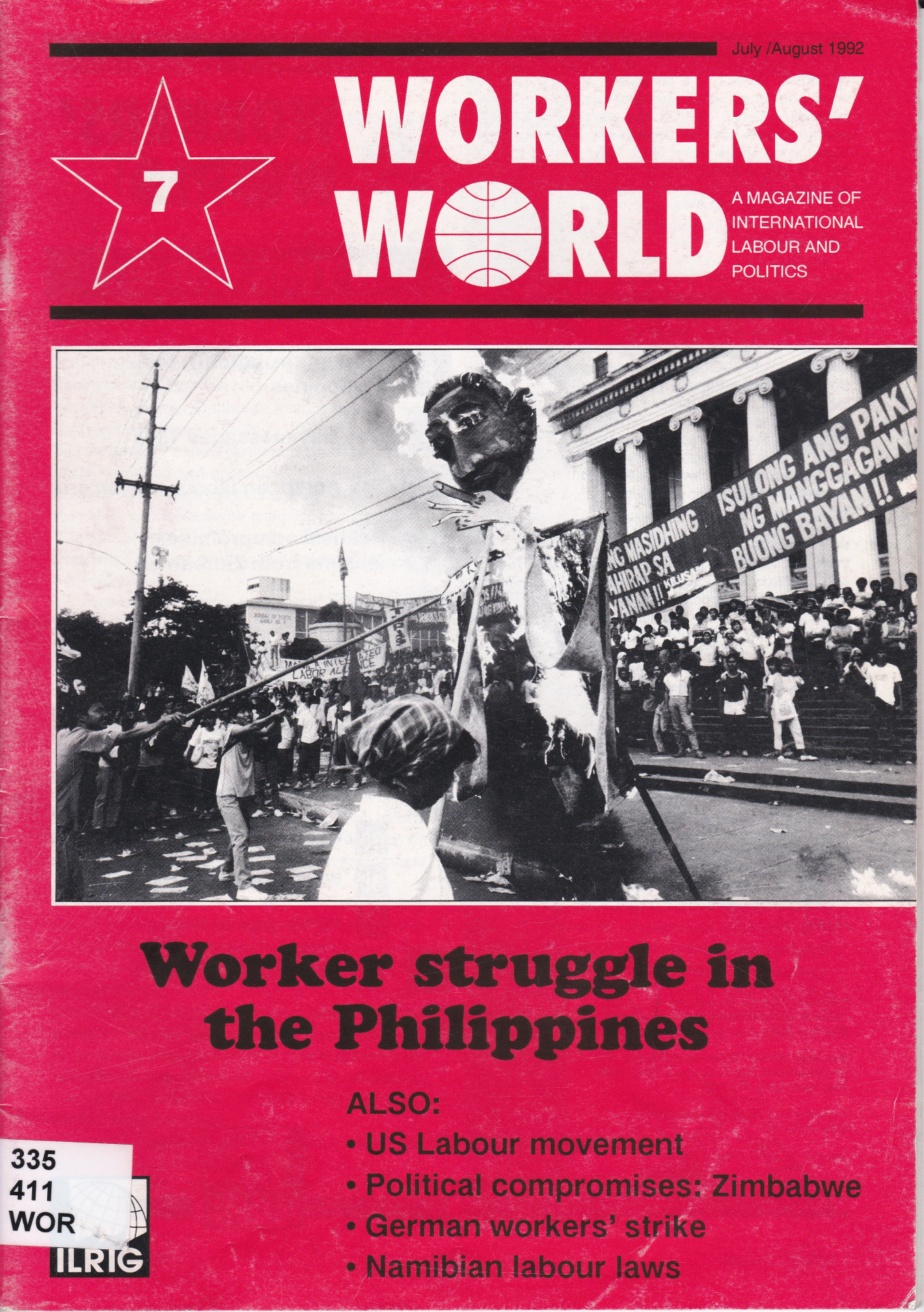 The Confidence to Struggle

Today we can see a new determination among workers and the oppressed masses in our country to struggle. Behind the growing strike wave, the community protests, and the mass action, is the anger of millions at the violence of murder, poverty, homelessness and unemployment. It is this anger and confidence to struggle that has given our organisations a new militant direction.

There are two important lessons that this new confidence to struggle shows us. The first lesson is that the bosses and the apartheid regime are enemies of the exploited and the oppressed. They did not stop being enemies when they started negotiations. And they did not just become enemies again with the Boipatong massacre. They are enemies all the time, even when they are smiling and shaking hands with our leaders.

These lessons are not new lessons that only come from our own struggle. The need for us to know the enemy and to know where our strength lies comes to us from struggles across the world. This is why Workers’ World brings stories from struggles in other countries. When we look around the world we can also see that our struggle is against an international enemy and that to fight that enemy we need the strength of international worker solidarity. This is why Workers’ World brings stories of worker internationalism.

In this issue of Workers’ World we have an article on the militant workers’ movement in the Philippines. We can see that their experience of union organisation and political struggle is very similar to ours. This common experience gives us a good foundation for building contact and solidarity.

We also have an article on the history of the labour movement in the United States. The aim of this article is to show the true exploitation and oppression that lies beneath the lies of American wealth and democracy. We also show the dangers for workers when the trade union leadership forgets that the bosses are the enemy and goes into a partnership of class collaboration.

Our third big article looks at the negotiated political settlement in Zimbabwe in 1979. That experience has very important lessons for us because of the way that the leadership of the liberation movement was forced to accept serious compromises because of the weakness of mass organisation and struggle. The same issue of workers rights in a democratic government are looked at in the article on the new namibian labour law. we also bring news of recent strikes in Germany and Zimbabwe.